Have a look at this short list of funny German animal names:

Can you guess which animals they refer to? 😅

In this blog post, we'll introduce you to quite a few of these quirky animal names & explain what components those names are made up for. Enjoy!

Let's start with the German word for bear, which is bearder Bär.

While it's debatable whether anteaters should be classified as a bears, what's definitely not up for discussion is that they have big noses. Really big noses 👃.

In this sense then, the name is as accurate as it's weird. Which makes it easy to remember. It also makes us wonder whether we shouldn't also consider renaming elephants to 'nose-rhinos' - or something like that?

Next is another bearBär. Here, again, it's questionable raccoons can really be called bears. But one fact is true: They love to wash.

What do they love to wash? Hint: it's not themselves! If so, then the word for "cat" in German would be Waschtiger 🐱.

The correct answer is that they wash their food before they eat it. That's where the German word for raccoon describes!

The word for turkey in German is "Truthahn".

Where this name comes from is not entirely clear, but one theory is that it comes from the middle high German word "droten", which means "to threaten", and is the root for the modern German word to threatendrohen.

Most Germans would probably not know this, however, since most of them do not understand middle high German. We also didn't know before researching for this article!

The German word for platypus is Schnabeltier, which literally translates as beak animal. It consists of the words beakder Schnabel and animaldas Tier. 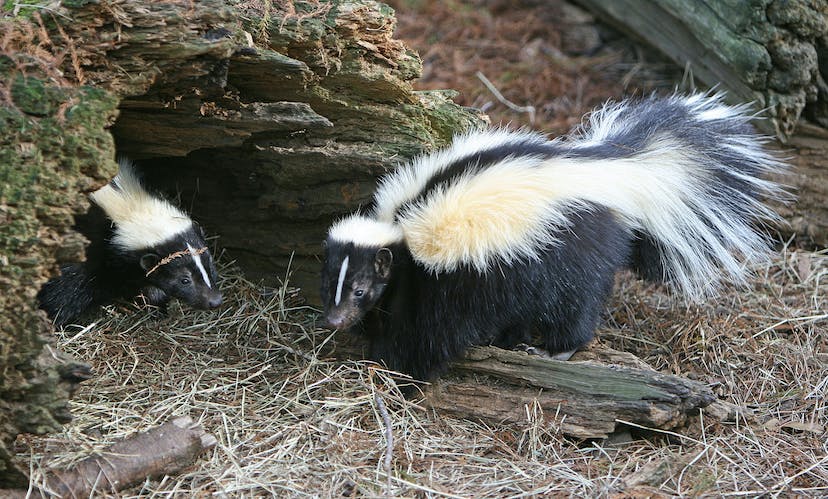 Now let's have a look at all the different animals that Germans view as pigs. The German word for pig is pigdas Schwein. It's combined with the word for spike, which is spikeder Stachel.

So the German word for 'porcupine' literally translates as 'spiky pig'. Another translation that would work is "pig with spikes".

In German, bees & scorpions have "spikes" (that they can sting you with) and the thorns of a rose can also sometimes be described as spike, stingerStachel.

Could you have guessed that capybaras are called 'water pigs' in German? We find this one rather difficult to make sense of. Does it look like a pig? Well, a little bit. Does it live in the ocean or in lakes? No. But does it love water and swimming? Yes!

The literal translation of guinea pig in German is is "sea piggy" or "little sea pig" - "Meerschweinchen". Combining the words seadas Meer and pigdas Schwein gives us "sea pig". But we have piggydas Schweinchen here, and not just pigdas Schwein.

What's the difference? What difference does the "-chen" make?

It's pretty easy: it's a diminutive. Adding "chen" to the end of a word cutifies it in German, hence ‘piggy’ instead of ‘pig’.

Ok this one is a seal animal & it's ending in "-schwein".

Funnily enough: Seeschweine 🐷 are technically Seekühe - which makes absolutely no sense (if you take these terms literally)!

Remember that the German word for guinea pig is Meerschweinchen, while dugong is Seeschwein. While pretty similar in meaning, those are two totally different animals.

last animal that lives in the sea in our list 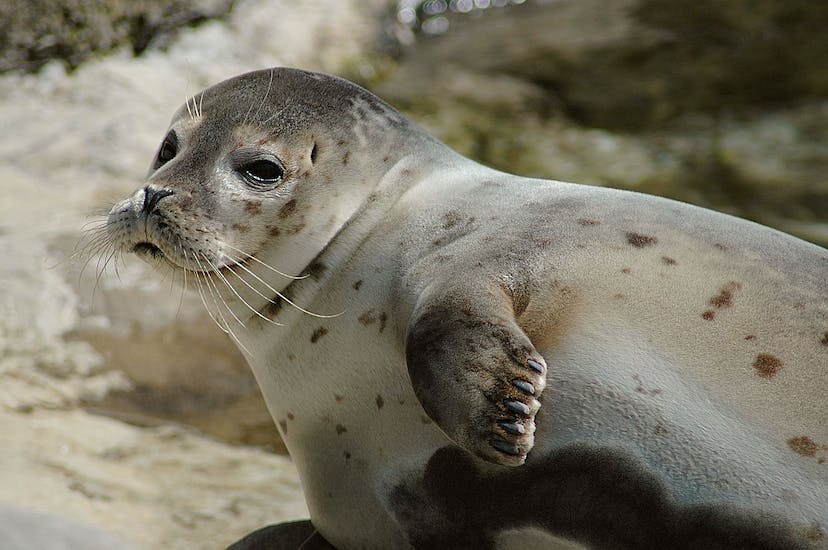 In most animal names that include the word sea or lakeSee (like Seehund, Seekuh, Seeschwein), it most likely refers back to seadie See.

So, the German word for seal, sealder Seehund literally translates as sea dog - not lake dog.

The literal translation for turtle in German is "shield toad". The word Schildkröte consists of the words Schild & Kröte.

So in a very literal sense, Germans think of turtles as toads with armour.

Very strange. It makes sense though. I guess 😅

If you translate the German word for butterfly literally, you get something along the lines of "smashing thing". The ending -ling just turns it into a noun (Häuptling, Lehrling).

That's it for now! Do you know any other German animals with funny names? Send us a message on Instagram or Twitter!